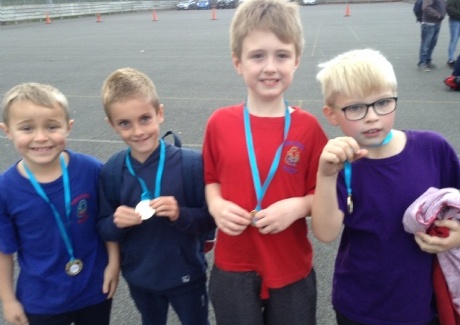 On Tuesday we went off to do orienteering, it was brilliant. We did lots of running. It would be nice to go back again some time. We did alphabeteering, netball numbers and orienteering.

We were in 3 groups with 4 people in each group. It was fun being with friends from school we hadn’t worked with very much before.

By Elliot U and Fin E Year 4

We all had so much fun at Orienteering on Tuesday. There were three events. Our group won the Orienteering Event because we were the fastest to complete the course. We had to find a location and go back for another clue. We enjoyed it so much, we would like to go again! We all won a medal in our group but all three teams got a certificate at the end of the afternoon.