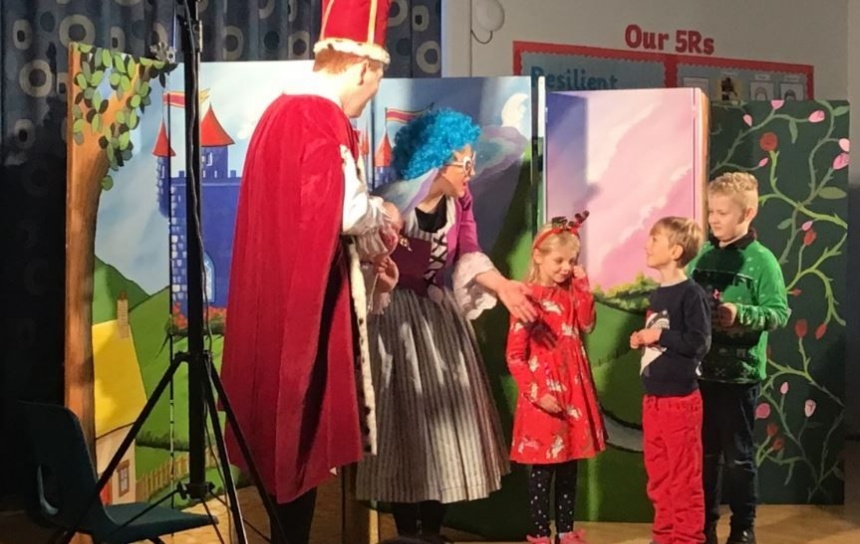 At the very beginning of the pantomime it was very confusing, however I was laughing so much that my socks nearly fell off and I forgot all about my confusion, I found it hilarious because the moral king kept on getting the name of his daughter (Bria Rose) wrong. My favourite part was when the prince and squire went through the woods and also I really enjoyed the part where everyone booed the evil fairy although it was very loud. However, I didn’t enjoy the part when the prince was dancing with the princess (Bria Rose)  because I wanted them to have a big kiss (as would be true to the fairy tale) and I also disliked when the evil fairy cast the evil curse on the new born princess Bria Rose (bit scary!). The best part for us was the end when we found out how many people were in the amazing cast. I found it very surprising since there were so many characters and only 3 people were in the cast; it was AMAZING. I would watch it all over again. 5 STARS

Written by Seth 😐 and Betsy  😊

You can click here to see some of the photos