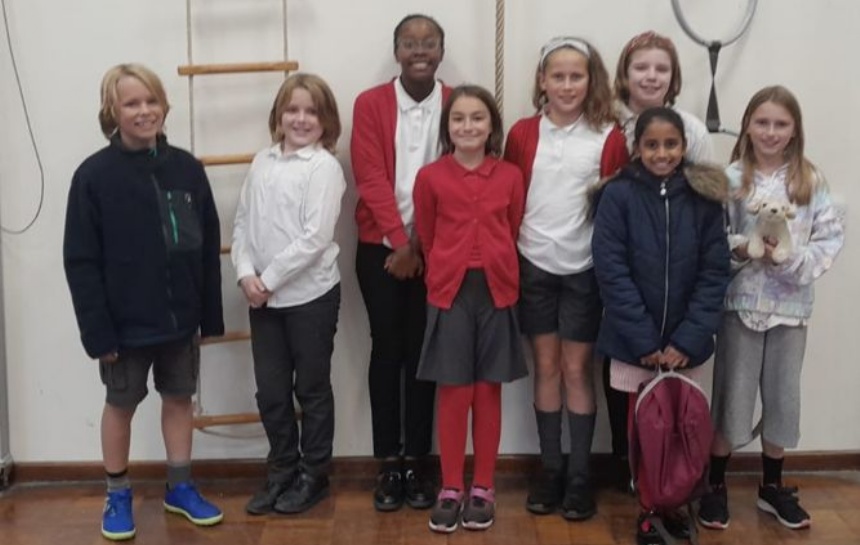 A return to the local authority Year 6 English challenge saw two Swavesey teams compete in the first heat this year.

Round 1 was the book round where the contestants had to match the book title to its author and guess the character by their description. Round 2 was the memory round: the players had to memorise a verse of a poem and rewrite it word for word. In between round 2 and 3 there was a 20 minute break where the contestants and audience could go and get snacks and go outside (biscuits coffee and snacks.)